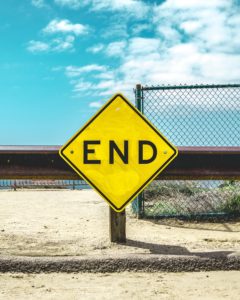 The pressure of passing all the exams, does indeed get to me. Being an A-type personality who feels  the need to do everything (very) well, it does take its toll. Failing is like the worst case scenario that is just not allowed to happen. Sometimes the pressure builds up so much that I don’t even want to start on a project because I am so worried about failing. Right then it seems better not to do it at all. Does anyone recognize this?

What if there was a way to take down this pressure and anxiety of failing a notch? And, what if, in doing so, we could remove a couple of stones in that barrier of “I will not start because then I cannot fail”.

So, when I came across this TED talk by Carol Dweck, it really resonated with me. What if, instead of just using pass/fail, we could allow ourselves to add in “not yet”.

I really thought about this and played out a couple of scenarios in my mind where I imagined myself getting a big fat FAIL slapped in my face – and then changing it to a NOT YET instead.

It is just a tiny word play, but I could feel how my brain relaxed immediately. “Not yet” has air around it. “Not yet” means that there is plenty of room to improve, to evolve, to work on things. OK, so you were not as awesome as you would have liked to be in this very moment, but you are allowed to work on it. Where as FAIL is just a dead end, on a long one way street. No fun going down that road again, is there.

OK, so you were not as awesome as you would have liked to be in this very moment, but you are allowed to work on it. There is air around “not yet”.

Of course it might not be possible to implement this one hundred percent of the time, and that’s not the point. But, I bet you could use this a lot more than you think. I would like to challenge you to use “not just yet” instead of “I’m failing” whenever possible. Do you have a chance to implement this at home, at school or at your work? Why not? No, I’m serious -Why…not?

Check out the video and if it flips a switch for you, your kids, your co-worker, or your partner – how cool would that be?!

Failing? – Not Just Yet!
Wishing you all an amazing weekend!
😉

We use cookies to ensure that we give you the best experience on our website. If you continue to use this site we will assume that you are happy with it.Ok