Hey there Team!
I hope you had a few nice days off during Easter and were able to spend some time outside. We had amazing (!) weather over here, so I was lucky enough to bike to the beach a few times. It was quite windy though, and I had to push hard on the pedals more than a few times. Breathing hard and being on a bike made me think about lung capacity. It’s a normal train of thought, right? 😉 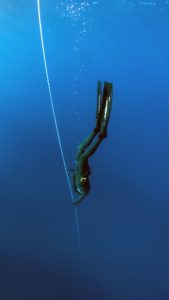 Did you know that tight hip flexors (often seen in cyclists, but even more so for people who sit on a chair during many hours of the day) can decrease your lung capacity? Well, how does that work?

When your hip flexors are tight they pull your hips into a forward (anterior) position. This extra tension makes it harder for your diaphragm to do its work. If the diaphragm is unable to fully expand it means that you will not be able to inhale as much air as your body wants and needs. For instance, less air into your lungs means that you will have less oxygenation of your muscles.

Dr. Kevin Kirsch explains it short and sweet in this video. He is an Art Of Breath Instructor with Power Speed Endurance. Check it out.

Try out the different positions once and see how it feels. Tilt your hips forward as far as you can (just like in the video), and then take a deep breath. Then bring your hips back into a neutral position and take a deep breath here. Notice how much easier it gets to breath deeply when your hips are in a good position. Imagine the impact that can have over a longer period of time. 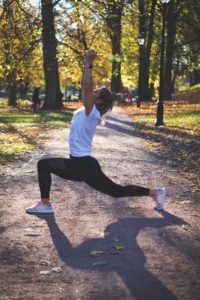 Here are two previous articles that includes the couch stretch, and also here. I hope this can motivate you, coming from a different angle, to work on those hip flexors. I mean, who doesn’t want their breathing to be as effective as possible?!

Being aware of your breathing is the first step. Now go out there and practice.

Have a great weekend freeing up those hip flexors!
😉